Here is an example of un-damp proofing !

The base of this listed buildings walls were damp, and this was after various attempts to ‘damp proof’ them !

Once the plinth was stripped, we could see that the bricks had been drilled for the application of a so called ‘injected damp proof course’, this was obviously not working !

Once  the base of the walls were dry, we then applied a new plinth but this time breathable materials were used; Natural Hydraulic Lime (NHL) as a base with Roman Cement as a finish coat. This was done as it would have been in the 1800’s.

The moral of this tale is – don’t use impermeable materials on breathable walls because they cause dampness and it is a breach of listed building consent to boot. 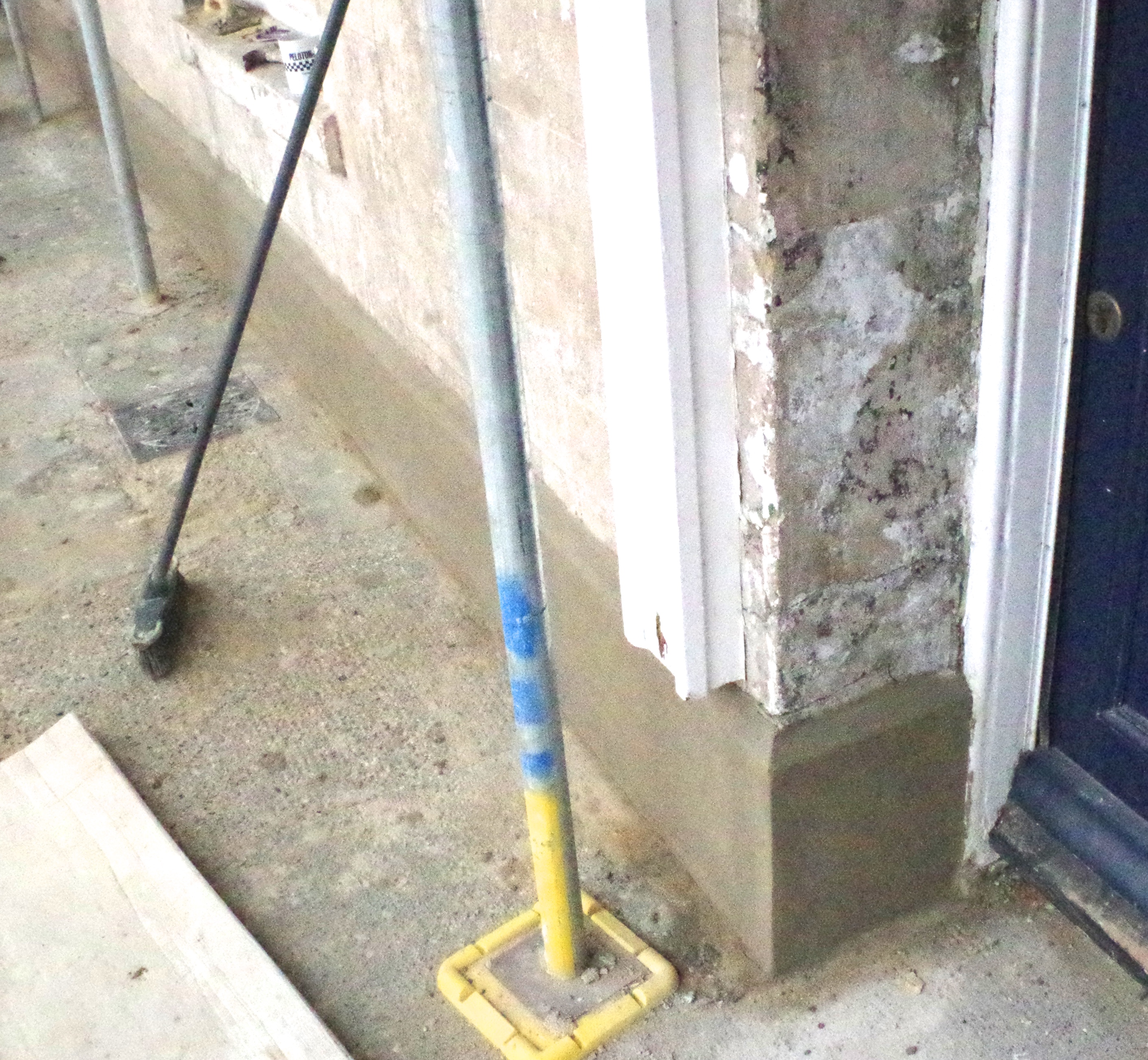